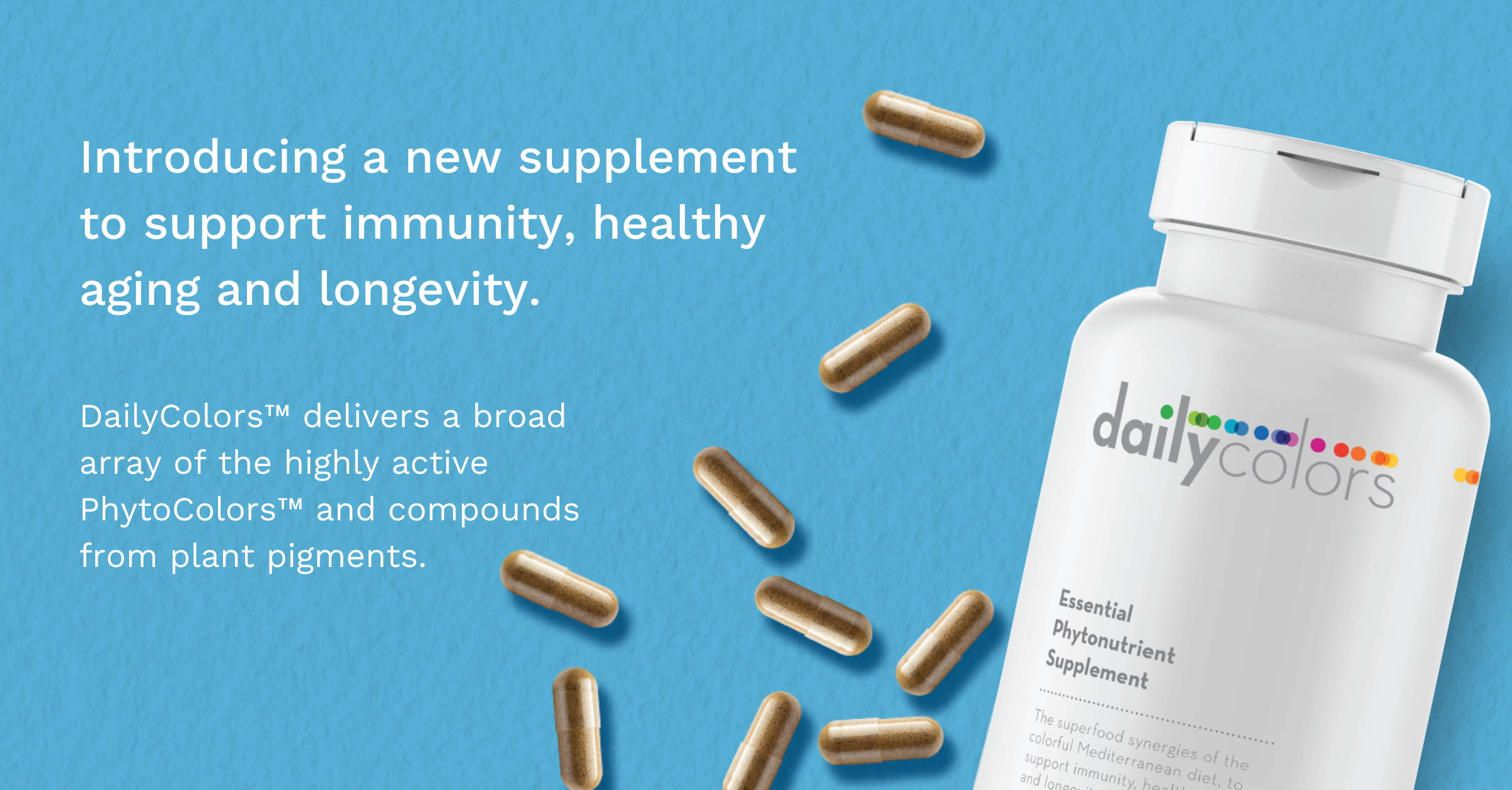 Activate a Palate of Protection

Nature gave plants colorful protection against disease, predators and the environment. And in these PhytoColors™ are the nutrients that can have a positive effect on human health. DailyColors™ extracts the nutrients found in the Red, Green, Yellow & Orange, and Blue & Purple families of fruits, vegetables, herbs and spices. Each color contains unique compounds that aid immunity, healthy aging and longevity.

The Science Behind Daily Colors

The health benefits of the DailyColors™ supplement stem from the fact that taking it daily, you will very significantly boost your intake of PhytoColors™, (also called phyto-chemicals).

"Phytochemicals are a critical part of enhancing health-span. The evidence points to their necessity in the context of living a long life free of chronic diseases"
Department of Medicine, John Hopkins University, March 2021

Decades of research confirm that phyto-nutrients are packed with compounds that support health (3,4) and can reduce your risk of age-related problems (4).

But the general benefit of more PhytoColors™ severely undervalues how DailyColors™ can impact long-term health. Because DailyColors™ helps counteract multiple key processes that lead to aging. 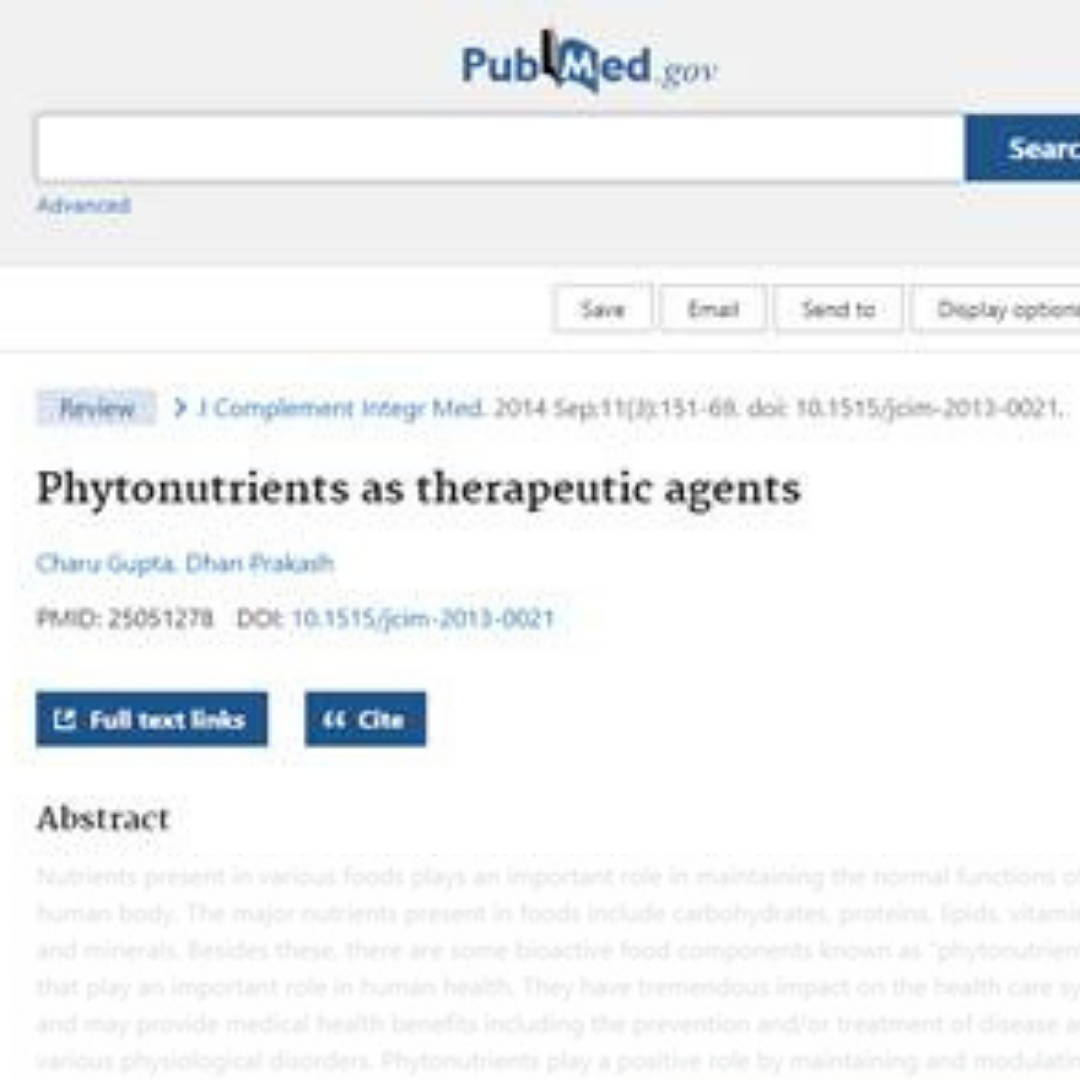 To Appreciate How,
We Need To Understand:

2. Why longevity researchers in pharmaceutical companies are pouring billions into the medical field called 'enzyme inhibition.'

3. How DailyColors™ - based on independent tests - 'potently' inhibits multiple enzymes that, unchecked, can lead to accelerated aging.

What Is An Enzyme?

An enzyme speeds up the rate of a specific biological and chemical reaction in a cell. Obviously, that's good if the reaction leads to a positive outcome. But certain enzymes lead to health problems, disease and aging. It’s these you want to inhibit.


What Are Enzyme Inhibitors?

Enzyme inhibitors are molecules that bind to enzymes and decrease their activity. These can be drugs or natural compounds - as in DailyColors™. The pharmaceutical industry is urgently targeting enzyme expression because it is the new frontier in healthy aging, immunity, and longevity. But drugs are not the only way - or even the best way - to inhibit harmful enzymes.

It is believed that a key reason for the proven health and longevity benefits of the Mediterranean diet is because it promotes enzyme inhibition. Specifically, the low expression of a key set of enzymes is a central common denominator to healthy centenarians in the Mediterranean region and in 'Blue Zones' around the world.


Which enzymes does DailyColors™ inhibit?

DailyColors™ includes over 150 PhytoColors™ and it is the synergy from this unique combination that is the key to its effectiveness.

Our data very clearly shows that a vitamin and mineral supplement has zero effect on the key 'aging' enzymes. Only a synergistic combination of PhytoColors™ does. 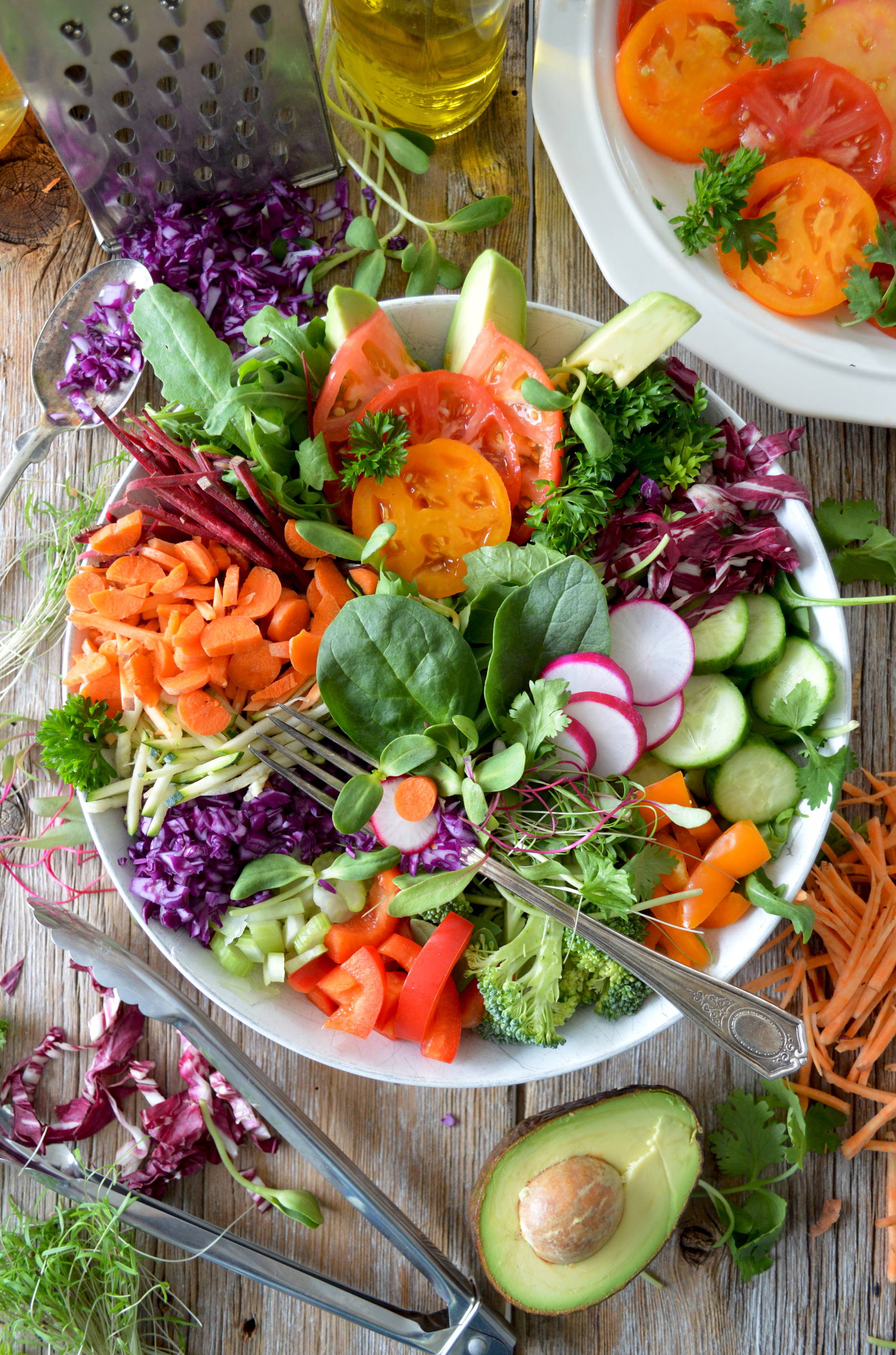 The DailyColors™ blend contains multiple PhytoColors™ from plants in the Mediterranean Diet. The combination exerts a significant synergistic effect on multiple cutting-edge biomarkers of aging, senescence, and immune function.

The blend also demonstrates that enzyme inhibition improves NAD+ energy metabolism. We believe this is a more direct, natural, effective – and less expensive - way of increasing NAD+ levels than supplementing with expensive versions of vitamin B3, like Nicotinamide riboside or NMN.

Moreover, NAD+ supplementation is only a single attempt at anti-aging – whereas DailyColors™ tackles multiple pathways simultaneously.

The DailyColors™ blend also exerts a significant anti-inflammation effect – important as inflammation is confirmed as a major driver of later life problems. This mirrors the well-established health benefits of the Mediterranean Diet.

Which means that DailyColors™ can be combined with a favorite vitamin supplement if vitamin or mineral deficiency is a concern - which it can be with many older people.

A Harvest of the Latest Science.

Join our newsletter to get first access to Daily Colors.

Thanks!
This field is required
Use left/right arrows to navigate the slideshow or swipe left/right if using a mobile device